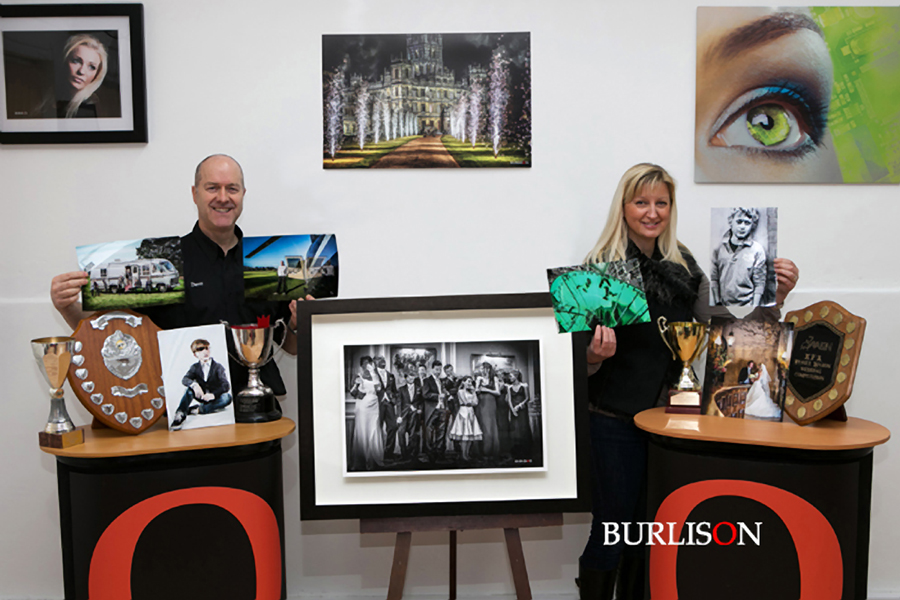 The only recommended photographer for at the home of ITV’s Downton Abbey, Highclere Castle, has won a raft of awards almost as prestigious as the building itself.

Dave Burlison LMPA, who runs Hampshire based Burlison Photography & Film with his wife Janice, won every category he entered in the Master Photographers’ Association’s Photography Awards. This led to the highest accolade of being named MPA Photographer of the Year.

The competition is only open to full-time qualified members of the Master Photographers Association.

The MPA is UK’s only trade body exclusively for professional wedding, portrait and commercial photographers.

Dave, who runs his business from a converted barn on the Apsley Estate, near Andover, was successful in six categories: Press/PR; Commercial; Portrait; Fashion; Wedding Photographer and Wedding Album Design.

His pictures were chosen for all three of the top spots in the wedding category for the awards, which were judged by eminent wedding photographer Pete Bristo MBE FMPA FRPS.

Dave said: “It was fantastic, as we won every category we went in for, and we’ve not entered the awards before.

“To be members of the MPA you have to be earning your living as a photographer, and be qualified, and it’s the only organisation in the country to have those standards.

“You know that photographers that belong to it are going to be the best, so to win all the categories we went in for was really unbelievable. It’s a huge honour to have won.”

Burlison Photography is the only firm to be recommended suppliers for special events at Highclere Castle, the ancestral seat of Lord and Lady Carnarvon, and one of only three firms recommended to take pictures of weddings there.

The firm has been taking pictures there for the past 15 years, 8 years before ITV made the estate the fictional home of the aristocratic Crawley family and turned Highclere into Downton Abbey.

It provides a stunning backdrop for weddings, adding a touch of romance to Dave Burlison’s perfectly composed pictures.

Anthony von Roretz, chairman of the Wessex region of the MPA, said Burlison Photography’s achievement reflected the firm’s talent when it came to editing and printing the images, which is done in-house.

He added: “I would very much like to congratulate Dave Burlison and Burlison Photography on their wins.

“Specifically to have got first, second and third place in the wedding category when being judged by Pete Bristo, who is a multi-fellowship awarded wedding photographer himself, is a huge accolade.”